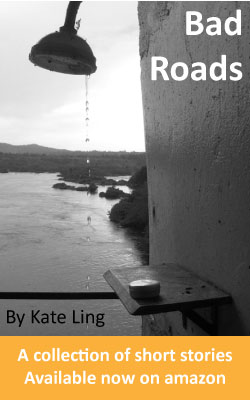 Population density: population divided by the area of a country/place, usually given per km2 or per mile2.

Over population: population increase that leads to a decrease in living standards due to the overuse of the resources available.

Natural increase: birth rate minus death rate. It does not include immigration/emigration.

Emigration: residents of a country leaving to go and live on another country.

There are various factors that change the population level of a country. In recent decades there have been rapid expansions in populations due to natural increase. History has shown that countries that have high death rates (particularly in babies and children) are likely to have high birth rates as well to compensate for the potential of deaths and to ensure that some of the children live into later life. In the last century though there have been trends of falling death rates in many countries which has led to rapid natural increase while the birth rate remains high. Reasons for the falling death rates include:

Improved sanitation: improvements in sewage disposal and treatment as well as education about personal sanitation habits and methods decrease the spread of diseases and illness and reduce the death rate.

Access to clean water: this has been a big factor in reducing the death rate in many developing countries as water borne diseases such as cholera, dysentery, diarrhoea become much less common.

Government policies: investment in primary education in many countries, linked with improving health care facilities and vaccination programmes are all combating the spread of diseases.

HIV/AIDS: these have had a significant and well publicised impact in Africa, but have also affected the other continents as well. There is still no cure for HIV and AIDS although their effects can be managed much more successfully now albeit at a cost. They have caused the deaths of large numbers of the working age population in many African countries such as Tanzania and Uganda. Poor education about the virus and lack of sexual protection have led to the spread of HIV.

Urbanisation: an increase in the % or proportion of the population living in towns and cities.

The process of development in a country often leads to urbanisation occurring. As countries develop they typically invest in machinery to make their production more efficient. In the case of rural areas, tractors and other agricultural machinery lead to the loss of many jobs.

In the same time period there is usually a growth in manufacturing in the economy & this occurs in urban areas where the transport networks are good and products can be imported and exported easily. Industrialisation of urban areas creates many jobs and draws in the unemployed labour force from the countryside. As countries develop it is the urban areas that tend to receive the benefits the most quickly as infrastructure improvements in roads, communications, hospitals and education tend to be focused here.

Effects of Urbanisation on Rural Areas

Rural areas have suffered many negative effects due to urbanisation. Typically the people who migrate to the cities are those of working age who are looking to find a job, earn more money or establish careers only available in towns and cities. This drain of the workers has left rural areas with a higher level of dependent people (young and old) which puts extra pressure on those of working age.

The changing age structures of the rural areas leads to a change in the shops and services that are provided in these areas, often making them less desirable for young adults. As populations fall in rural areas the government is likely to reduce the level of investment in provides and education, health and transport services are likely to be reduced. This can easily lead to a spiral of more people leaving and then more cuts & so forth.

Rural areas may benefit from increases in remittance payments from family members earning higher wages in the cities. This can inject money into the local economy but does not help with the problems created by the changing age structures of villages.

Effects of Urbanisation on Urban Areas

Infrastructure takes time and money to develop and is often unable to keep up with the population growth. Schools and hospitals become increasingly strained which can lead to social problems and the spread of disease.

Population growth often outstrips job creation in developing cities which leads to the establishment of a significant informal sector. Cities such as Rio de Janeiro and Sau Paulo have become notorious for the levels of urban stress and favelas (slums) that exist in them.

solutions to the problems resulting from urbanisation

Emigration: residents of a country leaving to go and live on another country.

Net Migration: the difference between the number of immigrants and emigrants, it can be positive or negative

Migrants that have to move to another country due to things such as war, famine, natural disasters or religious persecution.

A recent example of forced migration due to a natural disaster occurred in the Caribbean island of Montserrat. When the Soufierre Hills volcano erupted burying the capital city of Plymouth and creating an exclusion zone over half the country many of the population were forced to leave the country. The UK is a protectorate of the island and so allowed many of the population to resettle in the UK.

In the 2011 drought in East Africa many thousands of people were forced to leave their homelands of Ethiopia and migrate into Northern Kenya where refugee camps were established.

Migration out of choice, often to be closer to family members, to seek a different climate or for occupational reasons.

In recent times there have been large numbers of people migrating internationally to earn higher wages and send money back to their family in poorer countries (remittances). Mexican migrants into the USA is a classic example, often to work in service and agricultural industries. There have been large influxes of Polish construction workers into the UK.

Many elderly people in MEDCs have been financially able to retire to a more pleasant climate. British pensioner migrating to Spain and USA pensioners migrating to Costa Rica are good examples.

The rise of globalisation and MNCs has led to many families becoming much more geographically mobile and relocating to where they are required by the firm.

Refugee: these are people who have left their country due to persecution of some kind (religious, racial and political are common examples) and have been allowed to stay in another country.

Asylum seeker: these are people who have left their home country due to persecution and have not yet been granted permission to stay by another country.

International migration can have a positive effect on low and middle income countries. Remittance payments often make up a significant proportion of the countries incomes and represent a flow of money from developed countries to developing ones. This can help relieve the pressure on the government to provide welfare payments as there are likely to be less unemployed people. It can also help the population gain valuable skills as they work in foreign countries and may receive training.

It may also have a damaging impact on these economies though since there is likely to be a reduction in the economically active sector of the population. This leaves a smaller pool of workers available for establishing new industries and for supporting the dependent populations.

Most countries actively try to control the levels of international migration into and out of their country. It is harder to stop people leaving than it is to restrict entry. Developed countries that have generous state welfare programmes (unemployment payments, free healthcare, good state provided education) are increasingly trying to restrict immigration. They aim to allow only the people that will make a valuable or required contribution to the economy or society. Countries such as the UK, Australia and the USA have lists of requirements and wanted occupations that people need to meet if they are to be accepted into the country as an immigrant.

International migration is monitored and managed for security reasons as well. No countries want known criminals and terrorists freely moving into their country and disrupting societies or inciting violence. The rise of the drug trade in recent decades has seen much stricter border control throughout Central America as they try to reduce the flow of money and drugs between Columbia and the USA.